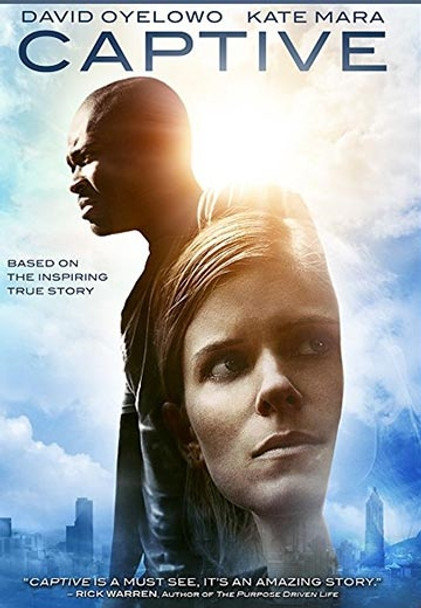 Based on the Inspiring True Story

A single mother struggling with drug addiction is taken hostage in her own apartment by a man on the run who has broken out of jail and murdered the judge assigned to his case.

Based on the book Unlikely Angel by the real Ashley Smith about real-life events that occurred to her in Atlanta, Georgia, in 2005, this thrilling Christian movie sees young mother Ashley (played by Kate Mara) collide with escaped killer Brian Nichols (played by David Oyelowo). Ashley is struggling just to make it. Drug addiction and poor life choices have taken her in directions she never wanted her life to take. Her addiction has cost her greatly her daughter is taken by the state, the father long gone. Ashley clings to a job by the slimmest margin, trying to change her life for the better but weighed down by the burden of her past.

When Brian Nichols learns he has a son, he decides he must escape so he can see him at least once. He will stop at nothing to get away and kills the judge trying his case, a court reporter, an FBI agent, and a sheriff's deputy before escaping jail. After a violence-filled struggle, he gets away, but he needs to lay low to avoid a state-wide manhunt. Random chance puts him together with Ashley just as she comes home, and, picking an easy target, Brian takes Ashley Captive.

A prisoner in her own home, Ashley is forced to endure Brian's near-constant threats to her life. But slowly, Ashley's fear of Brian turns into a bizarre relationship between captive and captor as Ashley learns more of Brian's story. A book Ashley received as a gift, Rick Warren's The Purpose Driven Life now features strongly in this Christian movie. Ashley has begun reading it, and in boredom, Brian tells her to read it to him. Together, they learn that God's plan isn't just for good people or those trying to get out of trouble.

God wants the best for Brian, too, the book seems to tell them. Can this be true? Ashley understands a troubled life she's living one where the idea that God has a purpose seems very appealing. And as she's encouraged for her own life, Brian comes back from the edge of despair himself, thanks to the message the two receive from the book.

But is it too little too late for Brian and Ashley? Have the missed their chance at God's purposes for their lives? Will they survive this confrontation, or will their stories end with taking Ashley Captive?

The DVDs contained are designed to be compatible with Region 1 DVD players (USA, Canada)

MSRP: $54.98
Now: $19.99
Was:
While Supplies Last ! Get BOTH - "The Case for Christ" and "Captive" in one bundle.This product does not include any authorized public exhibition licensing.

MSRP: $19.99
Now: $7.99
Was:
In Search of America's National TreasureHow did the U.S. become the freest, most prosperous country in the world? Kirk Cameron challenges you to discover America's true national treasures --- the...

MSRP: $19.99
Now: $7.99
Was:
Eli's life is nightmare. His mother is a drug addict who neglects his care, and his transient father floats in and out of his life. Eli is filled with rage from the physical abuse he has received...

MSRP: $14.99
Now: $7.99
Was:
Single DVD purchase of "A Father's Son"Michael Landon, star of Bonanza and Little House and the Prairie, was adored by millions. But none more than his son, Michael, who knew him as the same loving...

A Long Way Off - DVD

MSRP: $19.99
Now: $7.99
Was:
A Long Way Off: The Modern Story of the Prodigal Son captures the timeless tale of a journey to humility, repentance, and reconciliation with both a loving earthly father and heavenly Father. In this...

MSRP: $19.99
Now: $7.99
Was:
Eli's life is nightmare. His mother is a drug addict who neglects his care, and his transient father floats in and out of his life. Eli is filled with rage from the physical abuse he has received...

MSRP: $22.99
Now: $7.99
Was:
The Hansie Cronje StoryHow do you start over once you've been betrayed a nation's trust? One young man was hungry to be great. The end of apartheid heralded a new era of hope in South Africa. The...

MSRP: $19.99
Now: $7.99
Was:
In Search of America's National TreasureHow did the U.S. become the freest, most prosperous country in the world? Kirk Cameron challenges you to discover America's true national treasures --- the...

MSRP: $22.99
Now: $7.99
Was:
In The Perfect Summer, fatherless teenager Jake (Adam Horner) is happy living in Chicago, until his mother (Sydney Penny) decides to uproot them to a small surfing town where her estranged father...