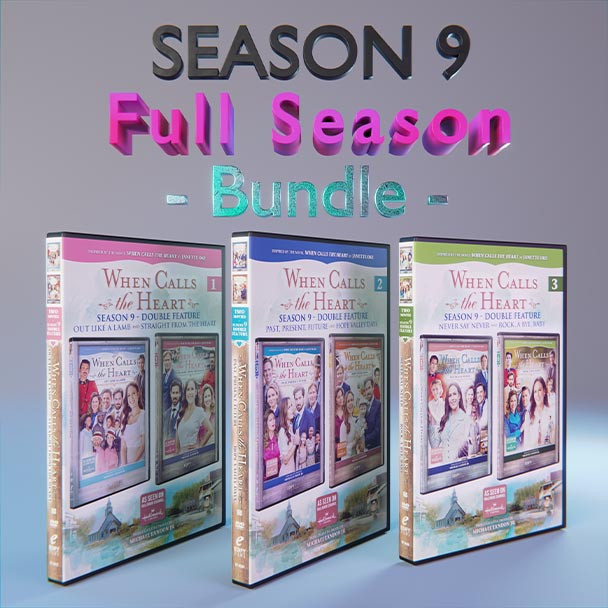 From celebrated author Janette Oke (the Love Comes Softly series) comes a rigorous and romantic adventure as epic as the wide frontier. Erin Krakow (Army Wives), Jack Wagner (Melrose Place) and Pascale Hutton (Flashpoint) star in When Calls The Heart, a beautiful story filled with "many of the values we all hold precious such as love, family, friendship, community, faith and caring about one another" (Military Press)!

Elizabeth and Little Jack return from a trip to Hamilton just in time for another exciting arrival in Hope Valley. An air balloon touches down in town and all of Hope Valley’s residents find themselves caught up in the fun. But when Nathan is struck on horseback by a hit-and-run driver, the town is shocked and stunned. Hope Valley residents rally around Nathan, working together to help in his recovery and find the person responsible.

Elizabeth’s book is finally published so Lucas plans a surprise party but some negative reviews received by the Valley Voice, dampen the evening before he can get her to the party. Lee Coulter also begins working at the Valley Voice, but he and his wife Rosemary still have some adjusting to do. Rosemary assigns Lee a writing piece on Hickam as the mayor, but Lee doesn’t think he is up for the job. Lucas also has his own adjusting to do. When Elizabeth is left without a babysitter, Lucas volunteers to step in and bonds with Little Jack during the day, after he gets over his nerves of parenting.

Elizabeth tries to convince school Superintendent Landis to recognize her accreditation to teach sightless children while Minnie comes up with a surprising plan to win him over. Elsewhere, Gowen believes that Smith wants to make a deal with the steel foundry to reopen the coal mines. He brings these fears to Fiona, Lucas, and Bill. Bill advises them to keep their worries quiet while Gowen make plans with Fiona to go to San Francisco.

Mayor Hickam announces a new town festival, Hope Valley Days, which sees the town residents celebrating four holidays at once and lifts everyone’s spirits. Everyone is coming together and just as Mei is getting settled in Hope Valley, her past finally catches up with her and she turns to Bill for help which leads him to a serious altercation.

Elizabeth’s birthday plans are thrown off course when Walden unexpectedly returns and Lucas’ true intentions with Walden are finally revealed, they go to Bill to help stop Walden once and for all. Elsewhere, Rosemary is ill. She worries that she may have caught the nasty flu going around but when her symptoms persist, Faith thinks there maybe another reason. She could be pregnant but Rosemary doesn’t want to get her hopes up.

The mine starts advertising job postings around town and the Hope Valley residents are faced with fears of the future and painful memories of the past. Most affected are the widows and Henry Gowen. He realizes he’ll need to take action to stop this. Lucas decides to get out of town so he can clear his head, leaving Elizabeth emotionally unsure about his abrupt departure.

The DVDs contained are designed to be compatible with All Region DVD players (USA, Canada, Australia, New Zealand, etc (Regions 1-8))

MSRP: $66.98
Now: $49.98
Was:
Included with the 10-DVD When Calls The Heart Season 6 Collector's Edition From the Hallmark Channel and acclaimed Director, Michael Landon Jr. c