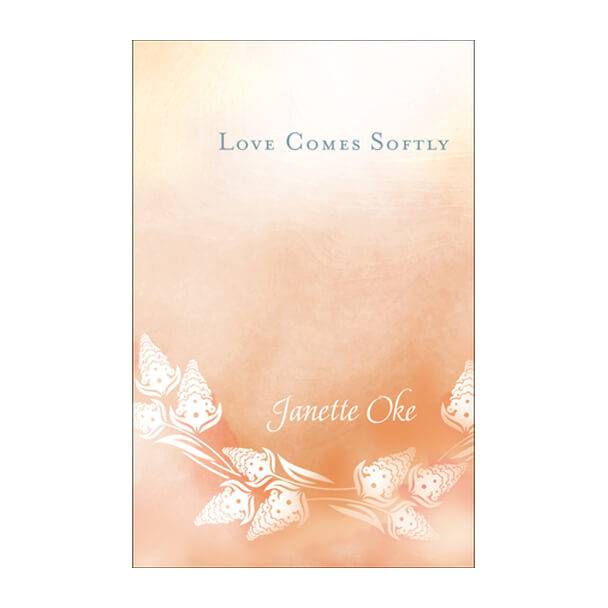 First published in 1979, Janette Oke's beloved classic launched a new wave of inspirational fiction and inspired and captivated readers with its endearing story of loss and love. Adapted for television in 2003 by the Hallmark Channel, it went on to become one of their most watched films ever. Millions have laughed, wept, and rejoiced with Marty and Clark Davis, whose tragic circumstances threw them together, suddenly and unexpectedly, on the frontier prairies of the late 1800s.

JANETTE OKE has written dozens of novels, been awarded the ECPA Gold Medallion and the Christy Award, and has influenced
an entire generation of readers and writers of inspirational fiction. More than thirty million copies of her books have been sold worldwide. She and her husband live near Calgary in Alberta, Canada.

MSRP: $14.99
Now: $9.99
Was:
Romance comes alive on every page in this official "When Calls the Heart" Sweetheart Edition coloring book. Beautiful illustrations of your favorite episodes are waiting to be brought to life in full...

MSRP: $14.99
Now: $7.99
Was:
Daring To Be Love Revolution Greatness Of Our God Human Beauty Mark Power Of The Cross Desert Song Your Great Name You Deserve Someday Our King Will Come Song To The King (Bonus Track)...

MSRP: $14.99
Now: $9.99
Was:
Jesus Move Magnificent God Love Come To Life Stay Different Light If You Died Tonight Redeemed The Only Name (Yours Will Be) Save My Life Maker Of The Wind Give My Life...

MSRP: $16.99
Now: $14.99
Was:
Unyielding HopePaperback (BOOK) As a young girl, Lillian Walsh lost both her parents and a younger sister. Now in her twenties, after enduring the death of her adoptive mother, Lillian must find her...

MSRP: $29.98
Now: $5.99
Was:
JournalIn the When Calls the Heart television series, journaling is a much-loved past time for Hope Valley's dedicated teacher, Elizabeth Thatcher. Now fans of the show can capture their own written...

Freedom for the Soul - CD

MSRP: $14.99
Now: $9.99
Was:
The Stone All My Tears - (Written by Julie Miller) Good Times I Love Now Lost without You Written in the Stars Let it Go I Remember I Can't Wait A Place in My Heart Dear God

MSRP: $64.98
Now: $34.39
Was:
Complete Season 7 Collector's Limited Edition(DVD Box Set) From the Hallmark Channel and acclaimed Director, Michael Landon Jr. comes the continuation of When Calls the Heart in the When Calls the...

When Calls the Heart - Soundtrack - CD

MSRP: $14.99
Now: $13.99
Was:
For many years, When Calls the Heart fans have been asking where they could enjoy the beautiful music from their favorite TV show. Now, the music score you love to hear as you watch the show has been...

When Calls the Heart - Board Game

MSRP: $49.99
Now: $39.99
Was:
FINALLY!  The When Calls the Heart Board game you’ve been asking for is here.  But this isn’t your typical Board Game.  This is a game worthy of the most discerning Heartie...